History of the M7 Bayonet 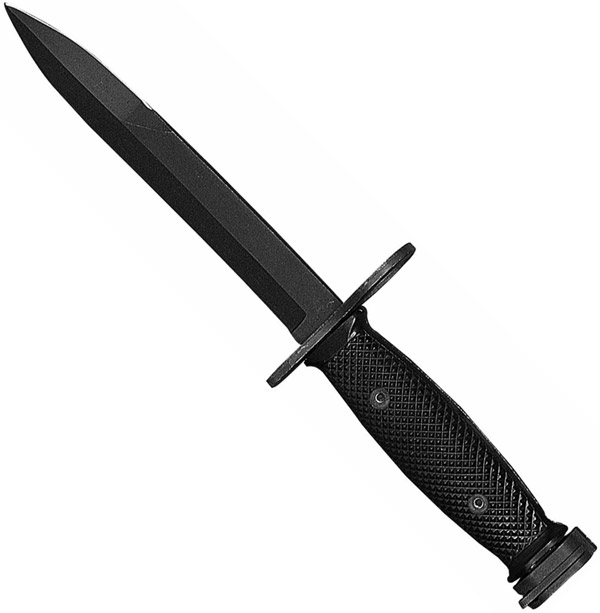 Introduced in 1964 during the Vietnam war by the US military, the M7 bayonet was used for the M16. The M7 was used to replace the M6 bayonet that was common on the M14 rifle. Though they are very similar, the differences mainly lie in the muzzle ring diameter and the locking and release mechanisms. It is said that the M7 bayonet embodies a mesh of the M4 and the M6 bayonets in both style, and feel.

The M7 bayonet is a war-era secondary measure used in close combat situations. Soldiers were trained for situations that relied solely on the use of the M7 bayonet. In boot camp, it was regularly taught as discipline. It was a firm measure due to the overwhelming use and training associated with their Vietnamese counterparts in terms of its use in combat. It was also noted to be used for riot control measures, prisoner guard duty and as a general utility knife. Its uses are noted by a 1972 infantry weapons fact sheet released to military personnel.

Its measurements consist of a 9.6 ounce weight, an overall length of 11.9 inches and the blade is 6.75 inches. The handle is a replaceable two sided plastic grip, that is molded for a firm, non-slip hold. The handle is secured by two transverse screws. The bottom is a full cutting edge and the top has a 3 inch cutting surface. The training and use of the M7 bayonet held many advantages for US soldiers during the Vietnam war. The sheer numbers of the Vietnamese foot soldiers made its use commonplace, as well as necessity.
You can purchase your very own M7 Bayonet for display at http://www.militarysworddisplays.com/M7-Bayonet-_p_130.html
Previous Post
Next Post
Email Us[email protected]
Call Us509-921-8090
Live ChatOnline: 9am - 4pm EST
Quick View